Psychiatric medications have evolved over decades of research.

There are hundreds of different medications doctors prescribe. These psychiatric medications are classified in five categories.

Each drug acts differently to the brain to be effective for problems a patient may be experiencing. Understanding each of these categories can help if you come across the different prescriptions.

The five categories of psychiatric medications are used to treat different disorders.

Antidepressants are used to treat disorders which include depression, eating disorders, dysthymia, anxiety, and someone with a borderline personality disorder.

Stimulants can help people that have problems with attention deficit disorder or hyperactivity, narcolepsy, and even by suppressing the appetite.

Anti-psychotic medications are used to treat mania, schizophrenia, and people suffering with psychosis.

A mood stabilizer is just as it sounds. They work to treat patients that have severe mood swings, which might include bipolar and schizoaffective disorders.

Anti-anxiety agents are also known as anxiolytics. They are used to treat anxiety disorders and doctors will often prescribe these types of drugs for people under a lot of stress or even those trying to quit smoking.

Antidepressants are drugs doctors will prescribe to treat things like clinical depression and anxiety. These drugs work by restraining the metabolism or amount of serotonin or norepinephrine released to the brain.

They work by preventing depression by not allowing these neurotransmitters to drop from normal levels. It can take up to 3 to 5 weeks for people to notice any change in their behavior or notice if they are working.

However, most people who take these types of drugs experience a change within 72 hours.

The most common antidepressants that you might see include Celexa, Lexapro, Prozac, Zoloft, Cymbalta, and Marplan.

Anti-psychotic medications are prescribed by doctors to treat symptoms of psychosis, associated with disorders such as schizophrenia.

However, some doctors may even prescribe them as a mood stabilizer if someone has a bipolar disorder when there are no psychosis symptoms present.

You might hear the term neuroleptic drugs, which refers to this type of medication also. Anti-psychotic drugs are considered to be serious tranquilizers. They can only be prescribed by a licensed physician and the prescription must always be verified.

Some of the most common types of anti-psychotic drugs on the market and prescribed by doctors today include Thorazine, Haldol, Zyprexa, Risperdal, Mellaril, Navane, Abilify, and Trilafon.

Mood stabilizers are used to control one’s mood. A doctor may prescribe this type of medication for a person experiencing manic behaviors.

Anti-psychotics are often used as mood stabilizers but a physician will usually use drugs with lithium carbonate in them first.

There are many different types of drugs with lithium carbonate in them. These include Carbolith, Valproate, Lamictal, Depakote, and Tegretol. Lithium Carbonate was discovered in 1949 as an ingredient to control mania.

This is the first resort because anti-psychotics can be too extreme for some patients.

A patient with a mood disorder may be bipolar and have manic swings of both extremes of happiness and sadness. Lithium carbonate can help with stabilizing a mood to a more normal state so a person can function on a day to day basis.

Stimulants are psychiatric medications prescribed more today than any other drug on the market. They are used to treat the central nervous system in the body.

Stimulants actually stimulate the central nervous system. These types of drugs are used to treat things like attention deficit disorder found in children to adults.

The only problem with stimulants is that they have the potential to be addictive to certain patients. Stay up to date on the latest news and information on ADD and ADHD. Learn about the newest medications and discover alternative treatments and natural remedies for children and adults. ADD-ADHD-Treatments.com 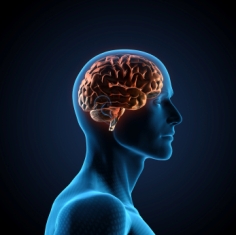 One thing to consider with stimulants is that if a person is addicted to the drugs then they cannot discontinue use altogether. The dosage must be tapered until the person no longer needs the drug or it can cause severe withdrawals.

Many of the different types of stimulants that you might see include Ritalin, Concerta, Focalin, Dexedrine, Desoxyn, and Adderall. Caffeine is another type of stimulant that can be found in foods around the world.

Anxiety disorders are common and there are many drugs on the market today to treat patients that have problems with anxiety.

The first drugs on the market to treat problems with anxiety actually included barbiturates. They were used as hypnotics and as anxiety agents.

However, as medicine has progressed, benzodiazepines came into the medical world and became the favored prescription.

There are problems with anxiety drugs being addictive also. The dependence has increased over the years as more and more doctors have prescribed these medications.

Anxiety may be treated by these agents for people who are extremely stressed and cannot function day to day without this medication.

A doctor may prescribe anxiety medications to people trying to quit smoking because their insurance will not cover quitting smoking but they will cover an anxiety disorder.

A doctor may also prescribe this medication to someone under a lot of pressure and who is very stressed out.

Some of the different types of anxiety agents that you might see include Valium, which is extremely addictive, Mogadon, Ambien, Librium, Ativan, and Xanax.

Psychiatric medications are all prescriptions that must be given to a patient from a licensed physician. In most cases, it is best to verify that the prescription is valid before it is filled for a patient. Many U.S. states actually require this.

A clinical psychologist does have the privilege of giving a prescription for psychiatric medications in some states.

There are many different types of psychiatric medications on the market today. They fall under different categories which include stimulants, antidepressants, anti-anxiety agents, mood stabilizers, and anti-psychotics.

As a pharmacy technician, it is best to keep in mind what these types of drugs are used to treat, and if they are addictive.

Also, always verify if the prescription is valid (and not a Forgery) if the patient has a history of drug abuse in the past.

Didn't find what you were looking for? Use the box below to search this entire site.