Drug Development in the US and The Role of the FDA

This page discusses Drug Development in the US and the role of the FDA.

What is the FDA?

The FDA (Food and Drug Administration) is a United States agency that’s part of the United States Department of Health and Human Services.

They are the ones who supervise, protect, and promote the regulation of vaccines, medical devices, food safety, dietary supplements, cosmetics and much more.

They are the ones who put the stamp of approval on all these products. There’s a lot of research, testing and work that goes into allowing any drug to be sold to the masses on the market. 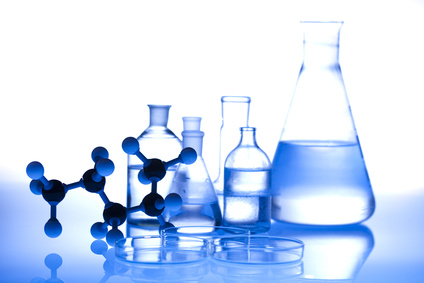 The FDA’s Center for Drug Evaluation and Research (CDER) is the FDA’s largest of their five centers. They are responsible for non-prescription (or over-the-counter drugs) and prescription drugs.

Companies who want their products sold to the public need to submit an NDA (new drug application), proof that they’ve done laboratory animal testing and any human testing. They need to submit all their data and the FDA has 60 days to decide if they will review it. If the entity that submitted the application is missing information, then the FDA has the right to reject the review.

The CDER has no more than 10 months to start reviewing the drug after the application is accepted. Chemists, pharmacologists and physicians will review the application and see if it will go onto the next step.

They will check everything-from side effects, to conditions under which the drug has to be manufactured, to the design of clinical trials. Honestly, most drugs don’t ever even make it to the FDA.

The ones that do are brought before the IRB (Institutional Review Board), which is made up of scientists and non-scientists who look over the clinical research.

The drug must be considered “safe”, meaning the side effects aren’t that severe compared to the benefits of taking the drug.

For example, a birth control medication might cause slight hypertension and minor weight gain.

These are some reported side effects of Yaz and similar contraceptives, but the drugs' benefits of stopping ovulation and significantly reducing a woman's menstrual pain were taken into account before Yaz was approved by the FDA and reviewed by the IRB.

The side effects and benefits are crucial clinical data which are studied and weighted by members of the IRB.

Even though they have given the OK, the FDA can still seek advice from advisory committees who give outside advice on the drug.

This advice may include what the drug market is looking like or any concerns that should be discussed before the developed drug is introduced to the general marketplace.

What about generic drugs? Are they processed in the same way?

Well, generic drugs (which are similar to a brand name drug in dosage, quality, strength and use) have to be accepted through an ANDA (abbreviated new drug application).

This is the way that they are reviewed, since generic drugs don’t have to pass through the preclinical (animal) and clinical (human) studies again to determine if they are safe or effective.

What these drugs manufacturers need to prove is bioequivalency. That means the drug has to provide the same results as its original. Testing for bioequivalency is done by using of 24 to 36 healthy human volunteers to see how fast the body absorbs the drug and that the drug can deliver the same amount of active ingredients as the brand drug does. So it should deliver at the same rate and just as much as the original.

This process has been going on since the Drug Price Competition and Patent Term Restoration Act of 1984, or the Waxman-Hatch Act. This allows the FDA to process generic drugs faster without having to do expensive clinical trials that already took place with the brand name drug.

Still have questions about Drug Development? Head on over to the Have A Question? page and ask your questions there.