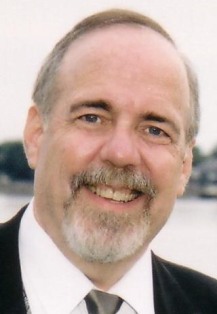 Background: This interview took place on April 18th, 2010. In addition to being a supporter and advocate for independent pharmacy, he is also employed at one. Richard has some excellent advice for techs just starting out in their careers, as well as for those of you who are disheartened with your career choice. Furthermore, we discuss some topics he sees as problem areas for techs. I would love to hear your comments about this interview at the bottom of this page.

PTR: Please tell me about your background as a pharmacist and how you decided on pharmacy as a career.

Richard: I was introduced to the field of independent retail pharmacy at the very young age of 7 years. My Uncle, His wife and my mother all worked the family pharmacy. It was called Crowns Heights Pharmacy. Located in Brooklyn NY, 4 blocks from Ebbetts Fields and the Brooklyn Dodgers, pharmacies in the 50's and 60's were found on almost every single street corner. Chains were unheard of. Insurance claims, as we know them today, were non-existent. Customers would come in and speak with my Uncle Harry, call him "Doc" ...ask for advice....and of course the advice would be given free of charge. [had we only had the gumption to charge a fee for service back in the day..rather than a fee for product]

It was 1970, the Vietnam War was raging, I was 19 and had to decide what college to attend. I did not have the money for pharmacy college and could not float a loan. So, I went to CCNY (City College of NYC) for $58.00 per semester. (that's right...FIFTY-EIGHT DOLLARS). I completed my 5 year BS Degree in Operations Research (the precursor to computer sciences) & Mathematics. Instead of job searching, I was then able to pursue my real desire, that of practicing pharmacy, and I attended the Brooklyn College of Pharmacy for another 4 years and obtained my BS Pharmacy.

Pharmacy was always my choice of career. I wanted to be able to help people, offer guidance with sincerity and achieve successful outcomes. Retail pharmacy seems the correct venue for this challenge.

PTR: How have things changed in the industry since you became a pharmacist?

Richard: Over the past 45 years, there have been many changes in this profession.

PTR: How do you see things changing in the future?

Richard: If pharmacy does not change its current path then I forsee its ultimate demise within the next 50 years. A new paradigm must be created, used and promoted by our profession. It is that of reimbursement for health services. That is, profitability must be associated with a pharmacists knowledge and not with a product. For example: MTM.

PTR: The target audience for pharmacy-tech-resources.com is, as you know, technicians. What makes a good pharmacy tech? What are some essential qualities techs need to have?

Technicians, as well as pharmacists, must be open minded, able to share ideas, and learn from one another. Cooperation is a must, as frustrations arise often during the work day.

Technicians should know their "professional boundaries". So should pharmacists.

PTR: Do you have any advice for techs just starting out in their careers? What would you say to any techs who are feeling discouraged in their career choice or with their jobs?

Richard: If the technician is thrust into their position without appropriate training or does not receive continual guidance and positive support, then failure, disillusionment, and job dissatisfaction will follow. Seek out a good mentor. Voice concerns with your superiors. If your issues and concerns cannot be resolved then seek opportunity elsewhere. Give yourself the best chance to succeed and do not sell yourself short.

PTR: In your career experience, what do you see techs struggling with the most?

Richard: During my career, I have observed technicians struggle with many issues. Two of the most frustrating issues being 3rd party resolution and conversations with clients regarding explanation of pharmacy benefit issues.

As prescription volume grows and as the dual demand of speed and accuracy increases, the pharmacy must make available to the technician applicable technology which promotes healthy, good working conditions.

Maintaining a cool head and a calm demeanor, especially while dealing with the client, is a priority.

PTR: What are some ways techs can "keep perspective" in their jobs and keep the "big picture" in mind when handling a difficult customer?

Richard: I have always followed the following advice which was given to me many years ago: "Never take it personally." Most people who approach the pharmacy counter will spend their hard earned money on medications which are supposed to make them feel better. If we are compassionate towards the consumer then most often we will have a good outcome.

PTR: Thank you, Richard, for the interview and for your time and insights!

Please join in and leave a comment about this interview.

Top of Interview with Richard Cohen