This page includes information about different types ear infections and the ear medications used to treat them.

The human ear is a unique area in the body, and its structure contributes to the development of infections.

It's the only skin lined culdesac in the human body, and is warm, dark, and often moist.

This means that fungi and bacteria can easily grow there.

The thin skin in this area is easily traumatized and irritated, too.

This is why so many people develop infections of the middle or outer ear, commonly referred to as earaches.

These infections can be mildly to extremely painful, and in severe cases, can migrate out of the ear and into other areas of the head, including the bone and cartilage.

Ear infections that don't clear up without treatment could become dangerous if allowed to remain untreated. 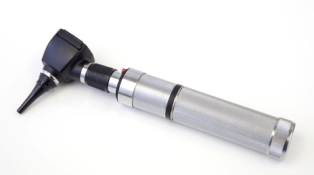 However, ear medications have their own set of problems. This is why it's important to know when to use them and when not to do so.

The majority of ear infections clear up on their own, with simple home care.

In children, this rate can be as high as four out of five cases, with only twenty percent requiring antibiotic medication as part of treatment.

This is important to remember, since over use of ear medications, like any other type of drug, can have unfortunate results.

These include side effects and drug reactions, as well as encouraging the growth of drug resistant bacteria. However, some infections don't go away by themselves - they need help from antibiotics and other drugs.

Here's a look at some of the most common ear medications and their uses.

Children are particularly prone to need ear medications, especially if they're younger than the age of two. Children this young have a much higher risk of complication from ear infection.

Older children and adults are more likely to improve without medication, so doctors usually wait for a while to see if the problem will cure itself.

The most common antibiotic prescribed for ear infection is amoxicillin, or Amoxil/Trimox. This is a medication that works well and is relatively low cost.

However, some people are allergic to it and other penicillin derivatives.

In these cases, another antibiotic will need to be substituted. This can increase the cost of treatment.

Additional non-antibiotic medications are also likely to be prescribed.

Some medicines that can help with ear infection include non-steroidal anti-inflammatories (or NSAIDs, for short), like Aleve, Motrin, and Advil (Naproxen sodium, ibuprofen with caffeine to aid absorption, and ibuprofen) as well as Tylenol (acetaminophen.)

Aspirin can work for adults, but should not be given to children because of a link to Reye syndrome. This serious illness is rare, but could require children to need emergency care.

Other pain medicines for severe earache include codeine and pain relieving eardrops. These must not be administered in cases of a broken eardrum, however.

Some doctors will also prescribe corticosteroids to people with fluid behind the eardrum (also called otitis media with effusion.)

These will be prescribed with antibiotics, and should not be used for ordinary otitis media, or in people who have been exposed to chicken pox within the past three weeks.

Decongestants, cold remedies, expectorants and antihistamines are a poor choice for preventing and treating ear infections, and may actually make matters worse.

There are some ear medications commonly prescribed for people with infections of the middle ear (the most common source of earache). These include amoxicillin (Amoxil/Trimox), amoxicillin combined with clavulanate potassium (Augmentin), cefpodoxime proxetil (Vantin), ceftriaxone (Rocephin), cefuroxime (Ceftin) and trimethoprim/sulfamethoxazole (Bactrim/Septra.)

These kill the bacteria that are the source of the pressure behind the earache.

However, they also come with a number of side effects. These might include intestinal problems or skin rashes.

Most are delivered in pill or liquid form, but some are initially administered as an injection. 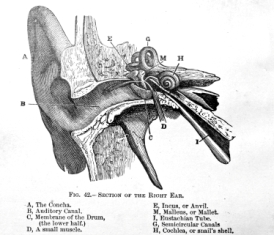 The middle ear is not the only part of the ear to develop infections. Outer ear canal infections can be painful and unpleasant as well, and can even lead to more serious conditions, if untreated.

Often called swimmer's ear, or otitis externa, this condition often resolves itself, but may need to be treated with ear medications, too.

Medicine may be delivered by ear wick, a foam wick that carries ear drops into the canal, in cases of extreme swelling.

Topical antibiotics are the most common treatment, and may include aminoglycosides, ciprofloxacin (Cipro), dexamethasone (Demadex) and others.

Aminoglycosides cannot be used if the eardrum is perforated. Fluoroquinolones like ofloxacin are used instead.

Analgesics such as Tylenol and Tylenol with Codeine are likely to be used to control pain.

Alternatives to antibiotics for this condition include astringents and mild acetic acid (vinegar) solutions, which create unfavorable conditions for bacteria.

However, they can be painful to use and have fallen out of favor with most medical professionals.

Antibiotics are more likely to be prescribed in cases where the patient is prone to recurrent ear infections, particularly in children.

Some doctors even prescribe antibiotics to children suffering from recurrent infections when they are asymptomatic, with the goal of preventing future infections.

However, there is still some disagreement on the effectiveness of this method, and overuse of ear medications can create antibiotic resistant bacteria.

Most medications are also expensive, which can affect whether a patient wants to use them. Substitution of generics can help deal with this problem.